This was for you Freckles...

This is long overdue, but I took this at the top of Red Mountain in Colorado. Climbing this was physically the toughest thing I've ever done in my life. But before it ended, I told you I'd climb a mountain for you, and that promise was my only motivation to keep climbing! I'll Miss you... 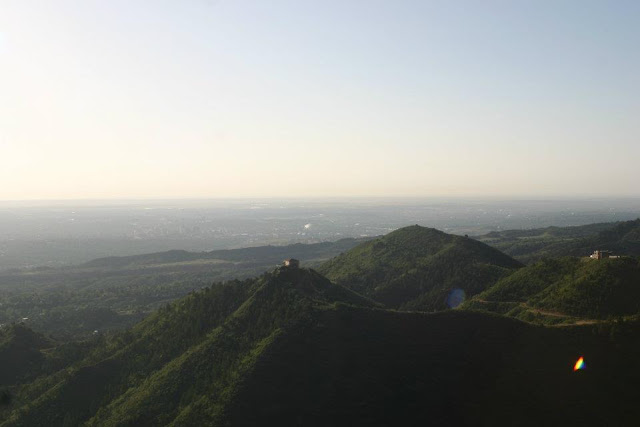 A short, but long defense against Abortion. (From a recent convo I had)

This is a response that I wrote towards a young sophmore high school girl who told me that I had no right to say that abortion is wrong, and that I was hateful towards women for saying that they shouldn't get abortions.

I'm quite proud of this comeback, but I know that it wouldn't have been possible if not for the privilege God blessed me with of attending and graduating Summit Ministries. A place where I not only grew to understand God's word better, but where I learned more about the anti-Christian issues in today's society, including abortion. So without further ado, here is the thoroughly thought out and researched response.


I cared about it way before the proposition came up, and that, frankly, has nothing to do with this issue. But I didn't start being vocal about it until I felt God calling me to stand up for his children and the atrocities being committed. (If you don't believe in God and/or the Holy Spirit working in people's lives, that's cool, but that's what led me to be more vocal about it

I don't set out to offend people. People have mistaken my tone as a hostile tone before, but it never has been such. I have friends in those situations. And I don't condemn them or treat them badly. They have come to realize that they were lied to by the doctors who tried to give them the abortions. The doctors talk over the heartbeat and refuse to show them ultra sounds.... I'm not trying to make people feel bad, because like my friends, most people who have undergone abortions were tricked and lied to. Ever since Roe v Wade, (Roe has since become a pro life advocate after realizing what the procedure actually does) the numbers of innocent lives lost have been way higher than that of those caused by Hitler or Stalin.

I base what i say on scientific evidence. I  know from scientific research that abortion doctors will not perform a surgical abortion until at least 7 weeks. The child's heartbeat can be heard at 4 weeks. They are undergoing human development, just as we all do until we are fully grown, they are just at a different stage of development. Which factor makes them "terminate-able"? Size? Level of development? Environment? Or Degree of Dependency?

I'm all for women's rights. Women should be allowed to have all the same rights as men. It's the woman's right to have sex with whomever she wants. But by making that choice, she is risking getting pregnant. 98% of Abortions are performed on women who accidentally get pregnant and simply don't want to have a baby. This meaning that these 98% willingly chose to have sex and risk getting  pregnant. Just because they made a mistake of getting pregnant does t mean that they have the Right to kill their child. Murder is never the answer.

The point of the matter is: is the unborn human? (or, at what point does it become human?) If it is human, then my point and the comparison I originally stated are valid, but, if the Unborn is NOT human, then all your points are valid. But if it's not a human, what is it???

Final point: there isn't reason to bicker and insult each other over a scientific issue. The point that we debate over is simply: is the unborn human?/at what point does it become human?

A year ago tonight the love of my life came to watch my last Summer Scholars On Stage performance. I've never felt better while acting on stage than I did that night, knowing that she traveled that far to watch me. Being here brings back memories of her. I do miss you love, living in a world without you is the hardest thing I've ever done. I live everyday one step at a time, trusting only in the Lord to guide me through. Not a day goes by that I don't miss you. I knew that You were the one, you were perfect in every aspect. You exceeded my highest Biblical standards of a Godly wife. I adored you and loved you, and I still do. We had planned a future, marriage, a family, raising the family in God's word, and growing old together. I would be always at your side protecting you and comforting you, and you would always be there to support me. Our kids would be raised to learn God's word. One of the greatest honors a parent should have is knowing that they raised their kids in the faith and that their child is living their life to serve the Lord. I knew that with you teaching them on  a daily basis, that would be true. You're the only one I'll ever trust enough to do that. Nobody can ever compare to you. You were the highest of Biblical standards for a wife, a true Proverbs 31 woman. I would do absolutely anything to have you back! The world isn't the same without you. You were the only girl I ever loved, and you will forever be that! I pray that God will continue to help me through life and learn to move on without you. It's been 4 mouths since it happened, and my feelings are still the same. Before it happened, I promised you I'd climb a mountain for you, and even though you were gone, I kept my promise. It was one of the most strenuous things I've ever done and took me twice as long as most, but that promise I made to you was the only thing that kept me going.  I will always love you freckles, always....
Posted by Chaosman92 at 9:34 PM 2 comments:

Today's post will be a mixture of joy and annoyance. And in the respective order.

In effect today is a Mississippi law that requires anyone performing abortions at the state's only clinic to be 1.) a certified OB/GYN, and 2.) a doctor with privileges to admit patients to a local hospital. This very well could lead to Mississippi being the first abortion-free state.
This is a very good thing, because Mississippi has a very high teen pregnancy rate, which means, with no abortions, girls will give birth to their kids instead of killing them. Thus cutting back the number of deaths each year.
Now, some of you might be thinking: abortion isn't killing! To that I say: yes, it is.
Scientifically, we know that from the earliest stages of development, the unborn are distinct and living  human beings. Leading Embryology Text books confirm this
(TW Sadler's "Langman's Embryology", Keith L. Moore's "The Developing Human: Clinically Oriented Embryology", and O'Rahilly,Ronand,and Muller, Pabiola, Human Embryology and Teratology.) Just to name a few.
*So scientifically, abortion is taking the life of a defenseless human.*

Now here comes the annoyed part.
This made national news and liberals and lawsuits are already flying against it. MSNBC had an interview posted with Dr. Willie Parker, a black OBGYN from Alabama.  He made a statement that shocked me (not really):
"Abortion is healthcare!"
I have a question: How? I was under the impression that healthcare was to help your health be better.
According to a medical dictionary Healthcare is:
"the prevention, treatment, and management of illness and the preservation of mental and physical well-being through the services offered by the medical and allied health professions."

So, from a strictly scientific & medical perspective, abortion is NOT healthcare.
It is, in fact, the complete opposite.

You also might have wondered why I specified the man's race. Well, he is a black man, and I find it ironic that a black man is supporting abortion in America, when the sole purpose of its starting in the US was to eradicate the black race from Harlem and then the rest of the US. Margaret Sanger (Planned Parenthood founder & American abortion advocate) was a racist with ties to the Klu Klux Klan. Many times she talked about how blacks were a lower class of humans and didn't deserve to live. Other Planned Parenthood  directors and board members had ties to and were admirers of Adolf Hitler and Nazi Germany. One even was invited to speak to Nazis about abortion and eugenics and how to "weed out" the undesirable classes of humans(Jews, Blacks, ect...). Since then, Planned Parenthood has tried many different ways to carry on their racist agenda.
What black person in their right mind would support abortion?

Well, as you can see, I'm joyful about the law being passed. One reason being that the Governor that passed it, Phil Bryant, was the man I voted for in my first real election.
But I'm also annoyed that so many people are upset and against this.
Whether they know it or not, the people against it,  are supporting the slaughtering of many innocent human beings.

I pray that Mississippi will stand strong against them! 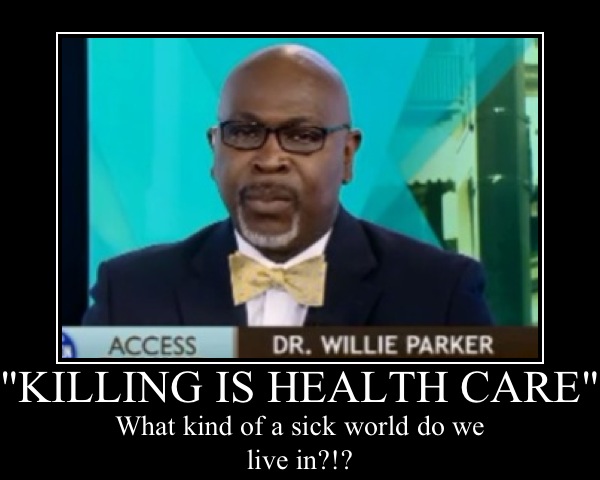